Limburg seen with alien eyes. The eyes of a painter from St. Petersburg.

A real contrast, on one side the young city which was planned on the drawing board and built in the swamps and on the other side the ancient Limburg, the medieval, slowly grown city. There metropolitan splendor, huge dimensions, infinite perspective views, here tiny, doll-like houses and narrow streets. For the alien, it is hard to believe that people may live in these houses, that cars xould be driven through these streets. She feels landed beyond reality in a stage set to Andersen’s fairy tales.

The city is a complex ornament that hides many secret ancient traditions. A broken filigree silhouette, put together according to another law than that of the tsar’s city.

Another mystery, the inhabitants of Limburg. Curiously watched by the speechless alien. No or bad German meant distance. Just do not be misunderstood, was her fear. Now she has painted these people, each of them a part of the ornament. 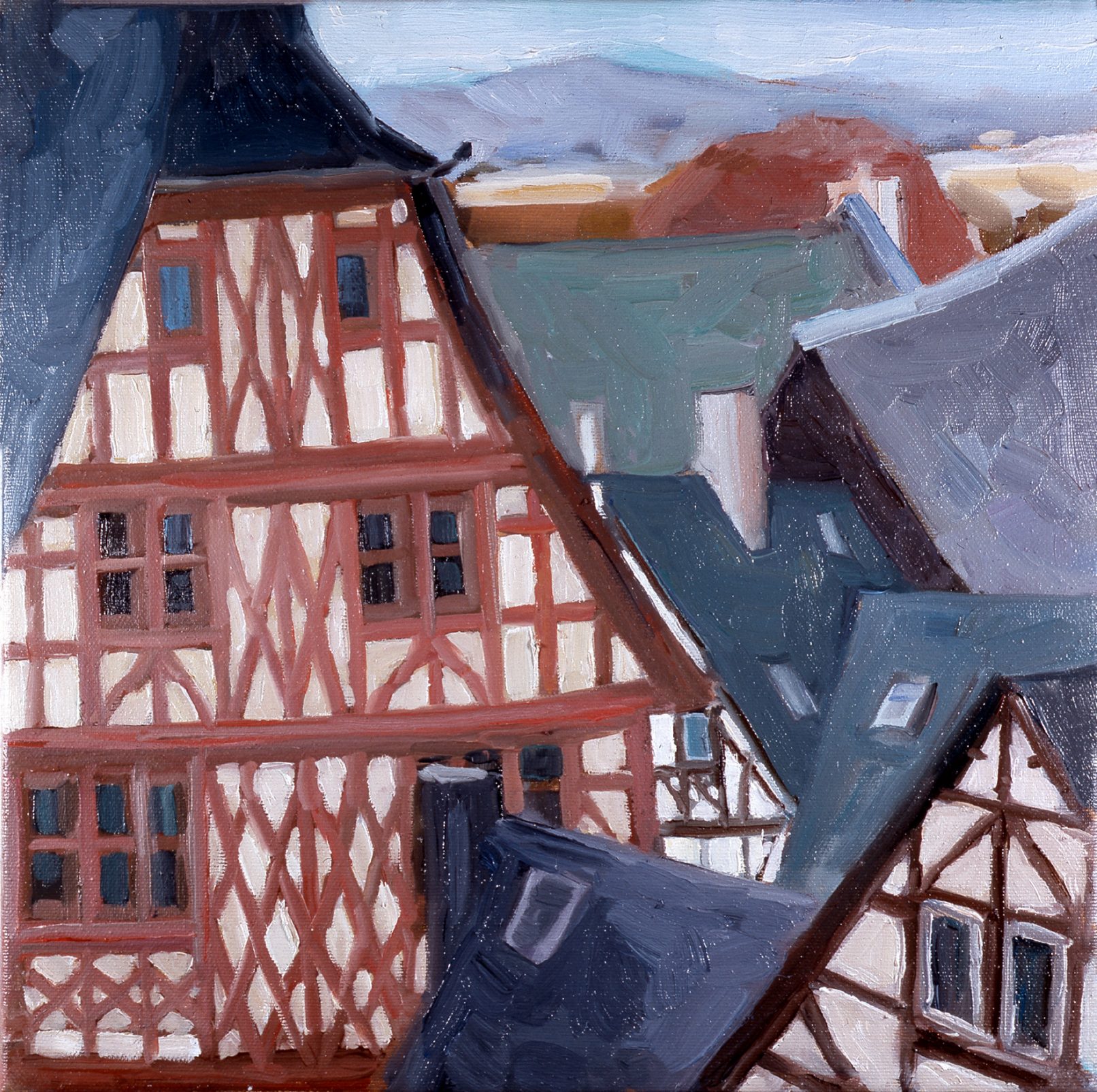 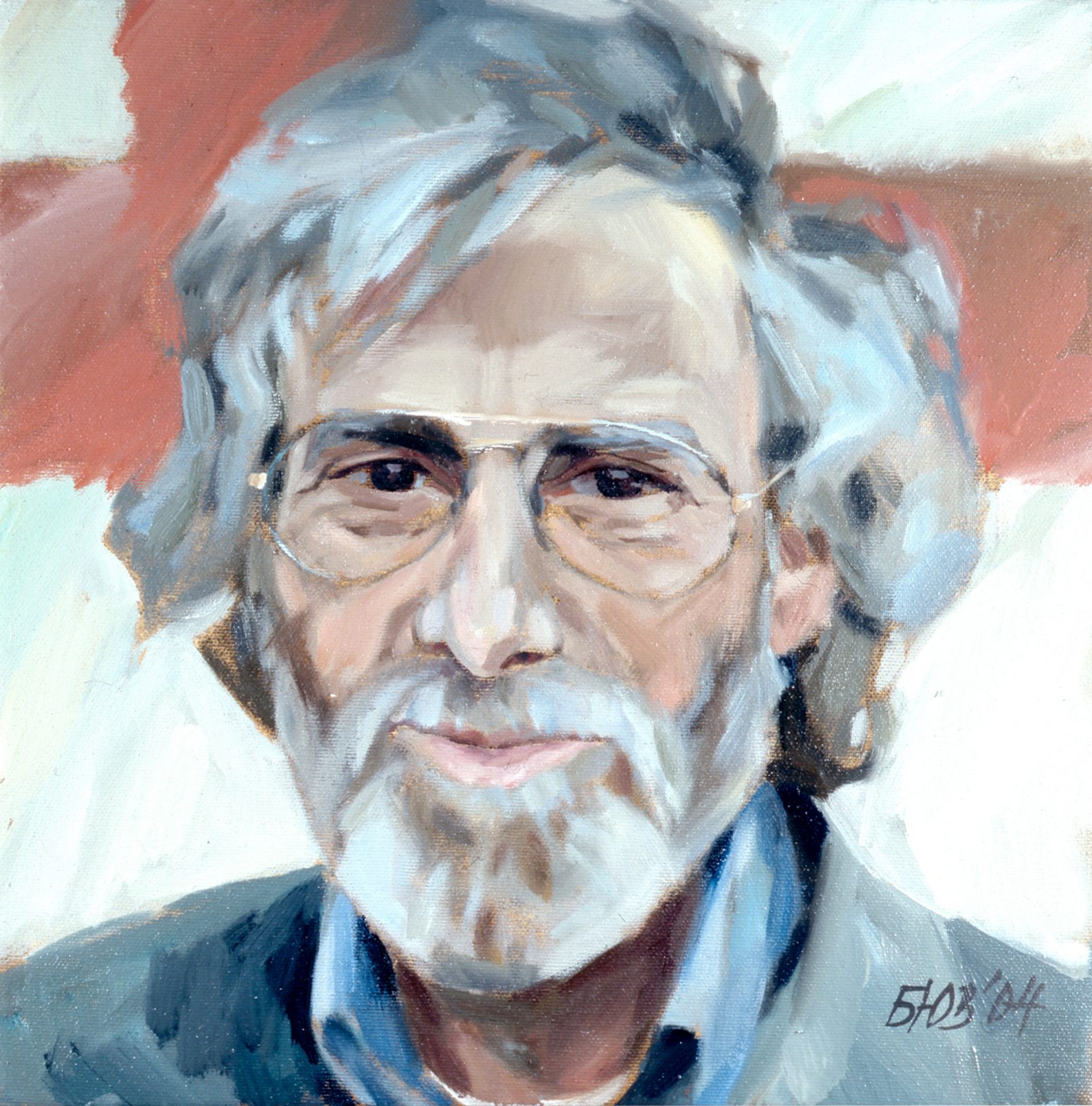 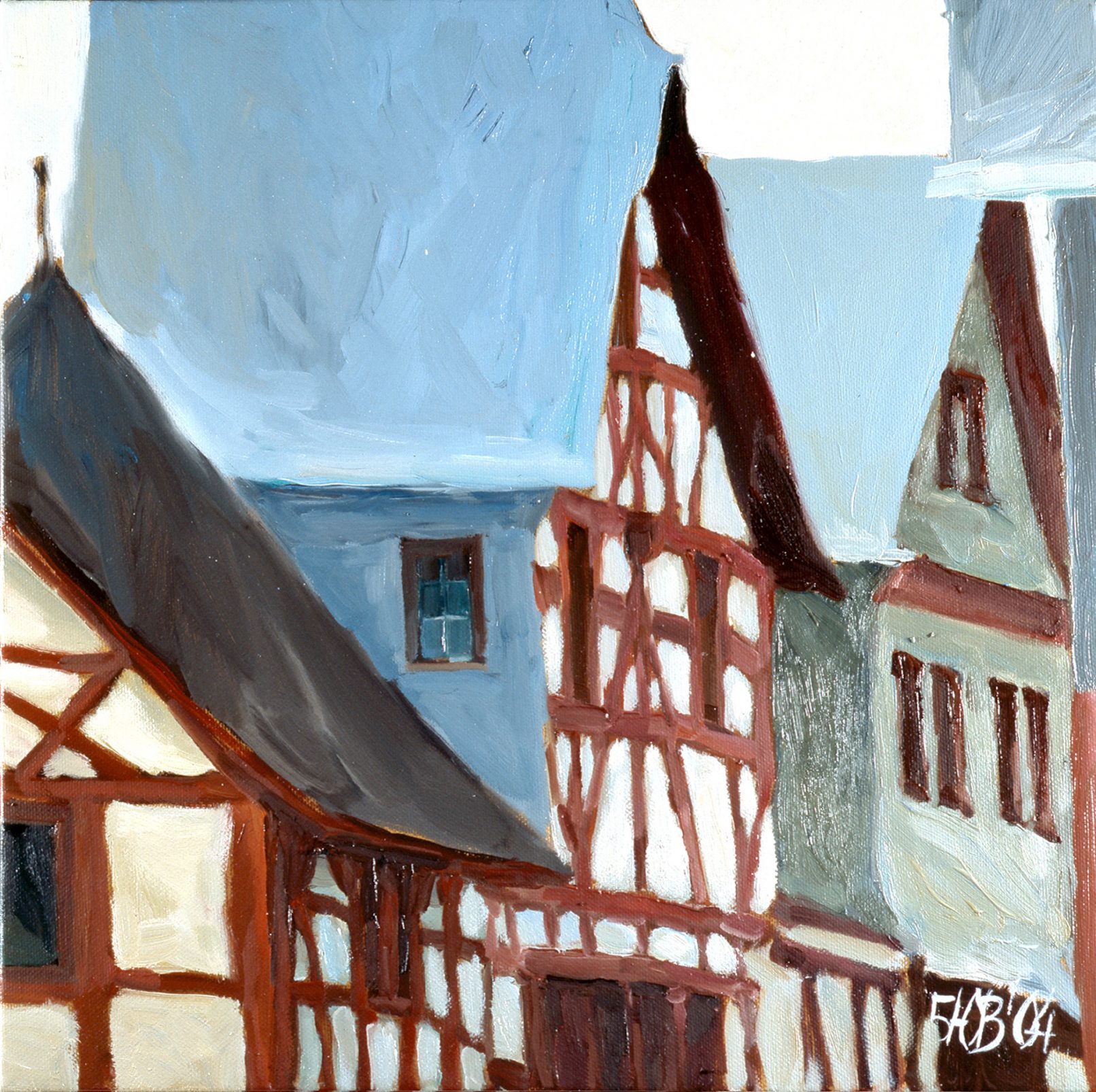 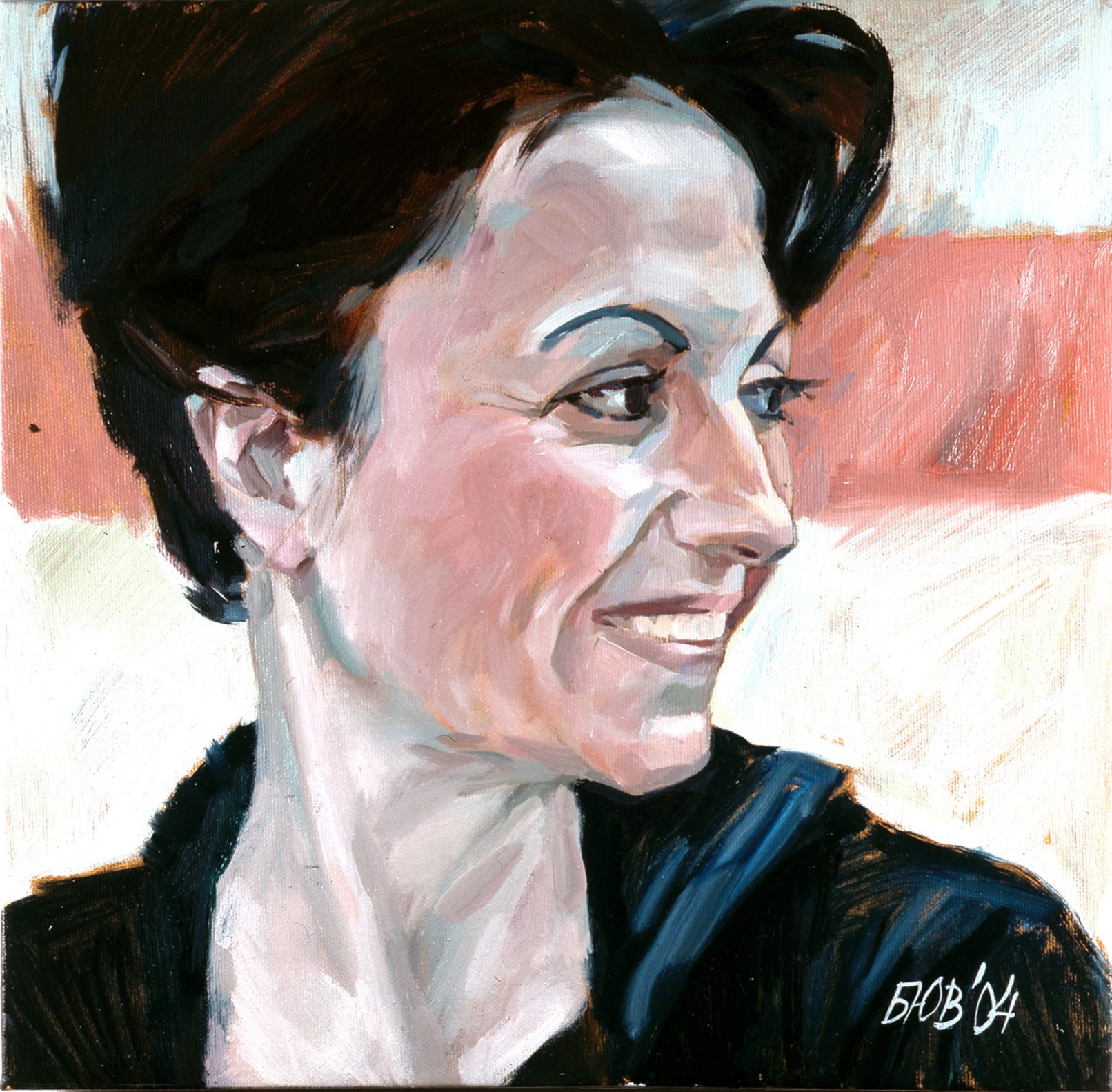 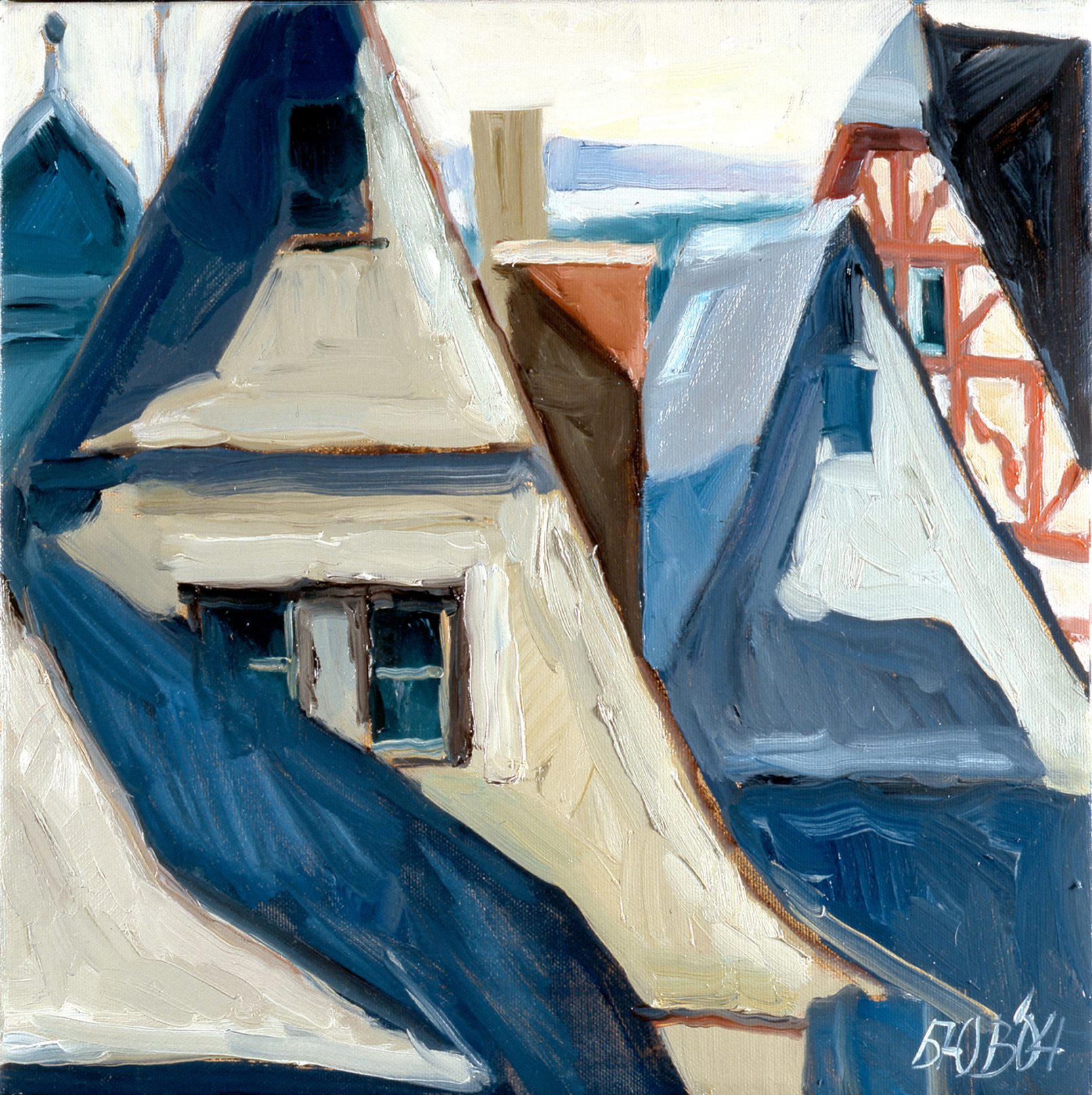 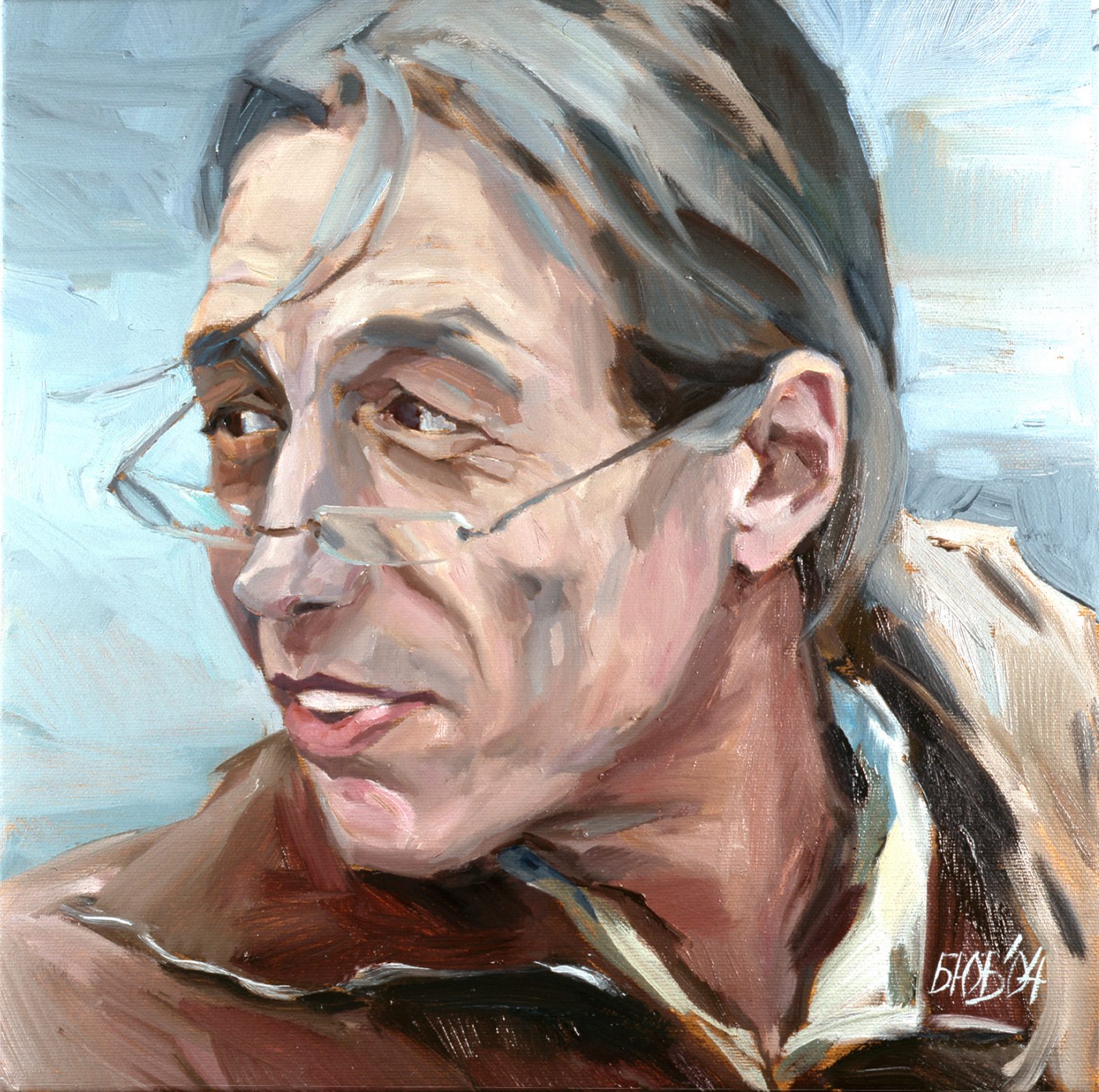 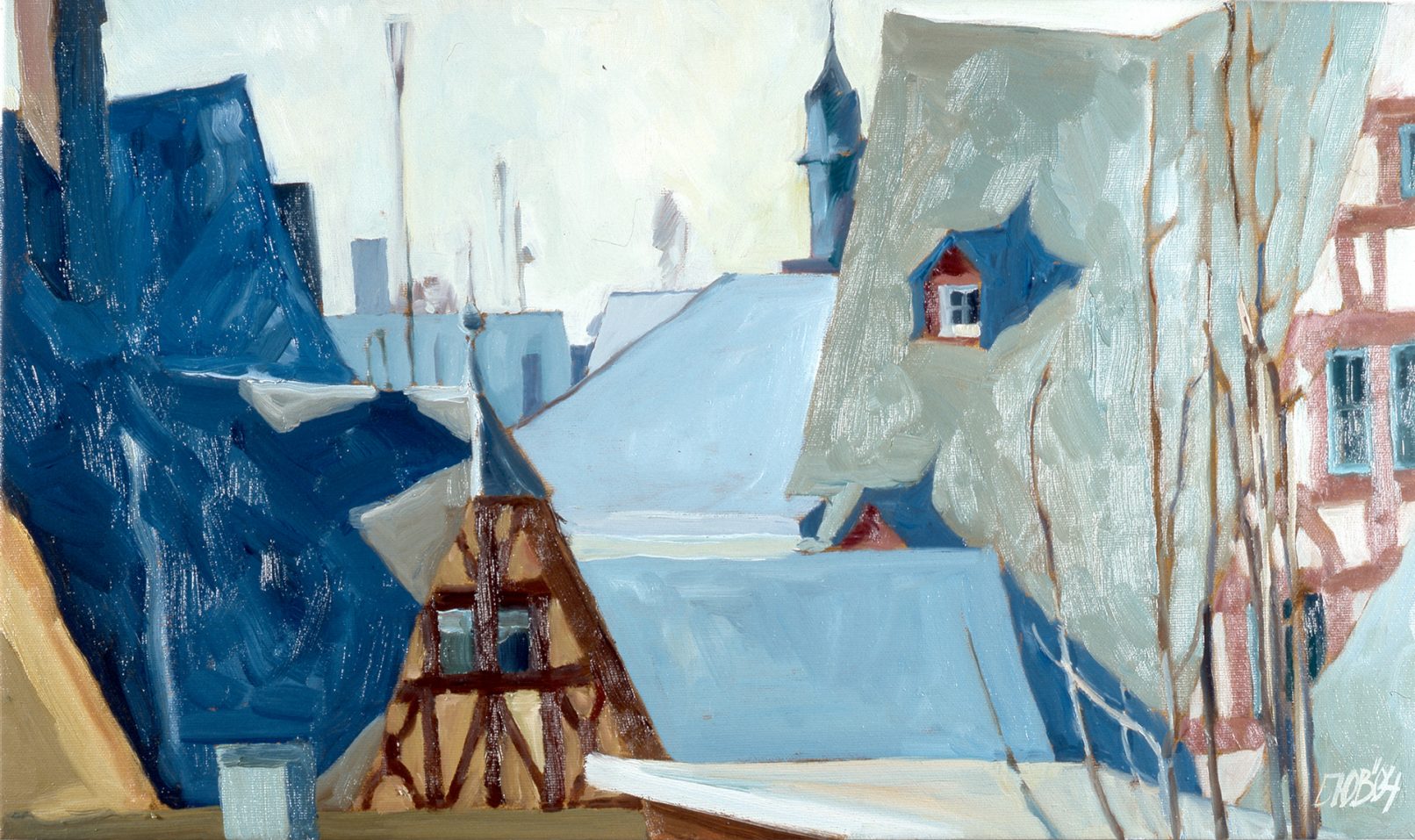 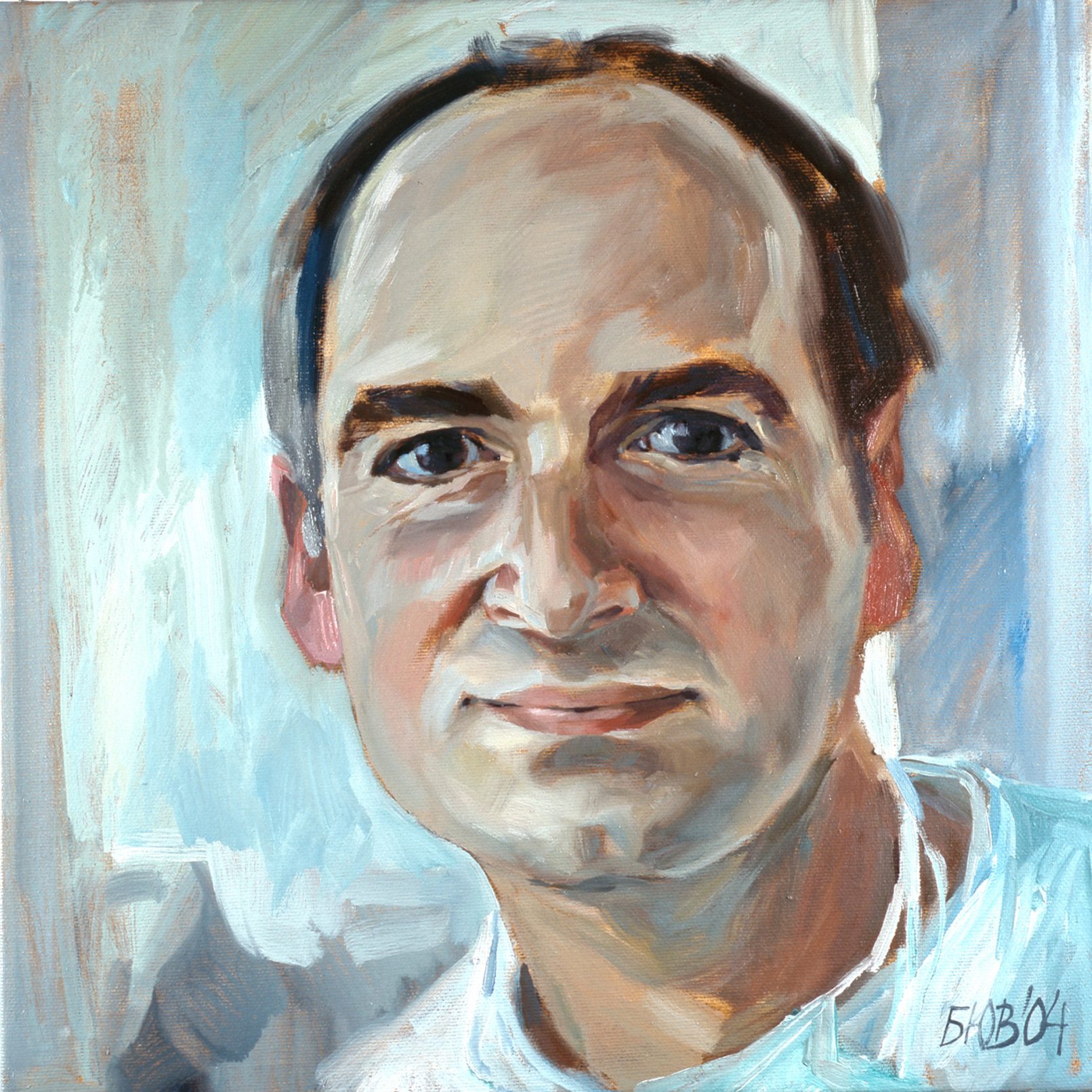 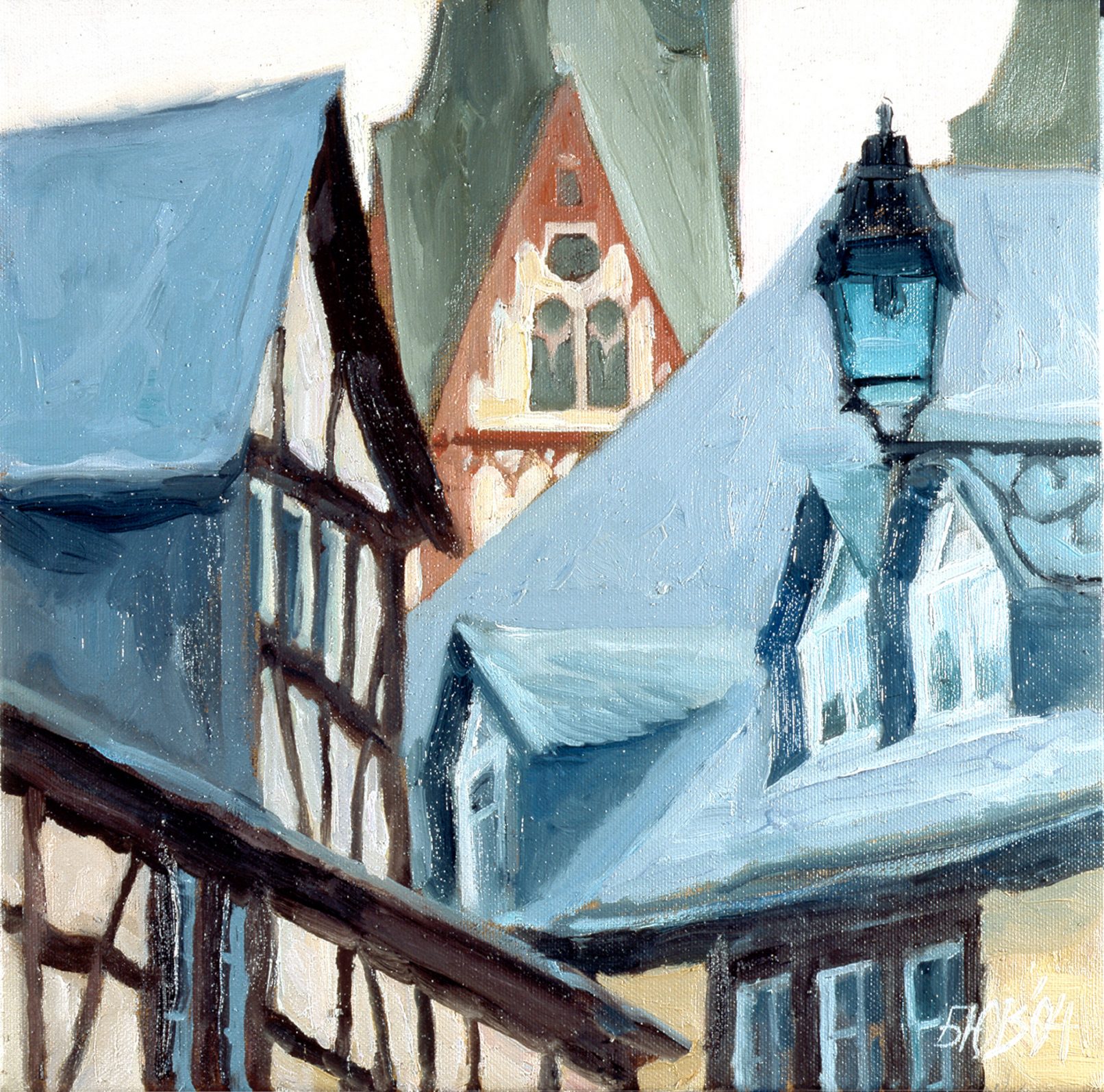 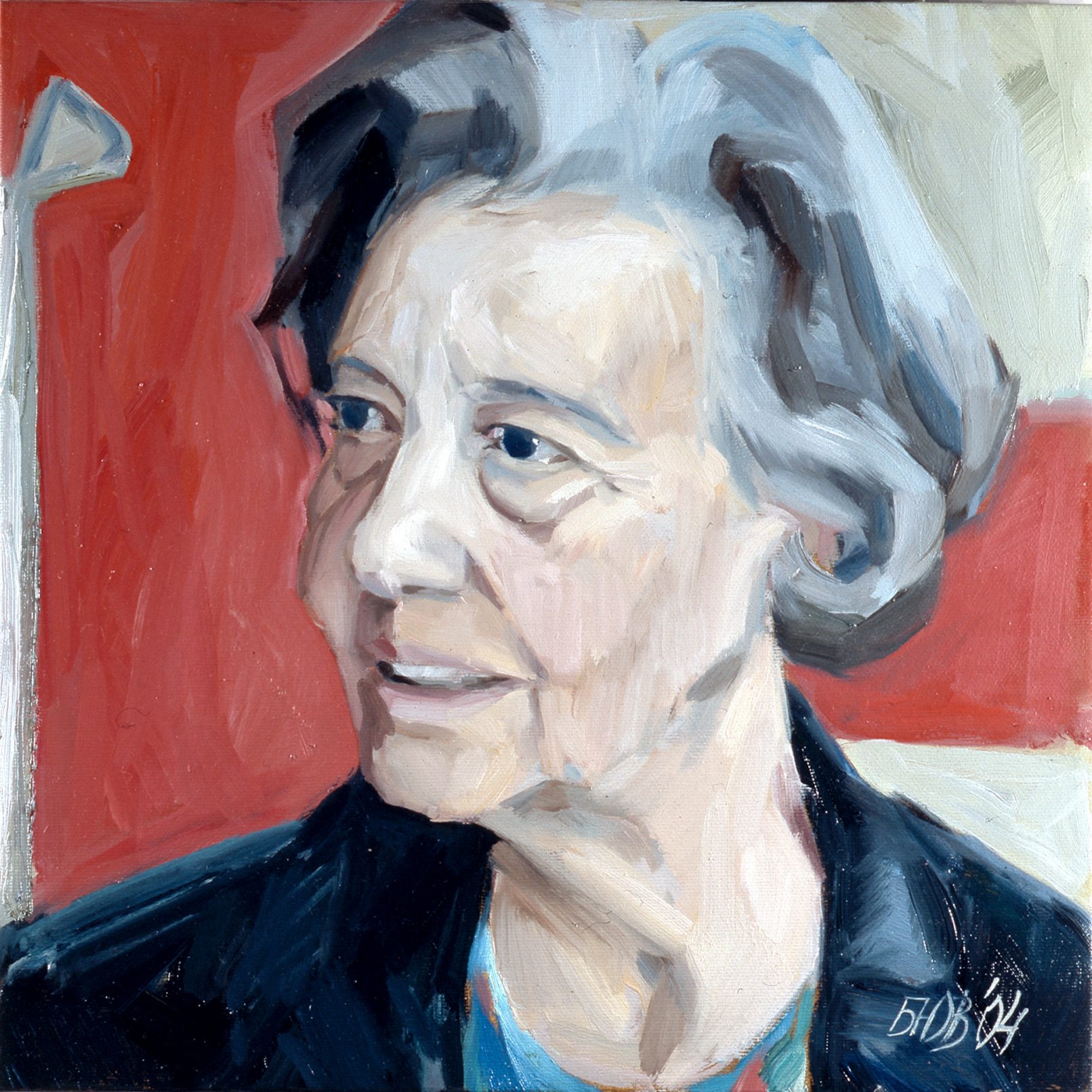 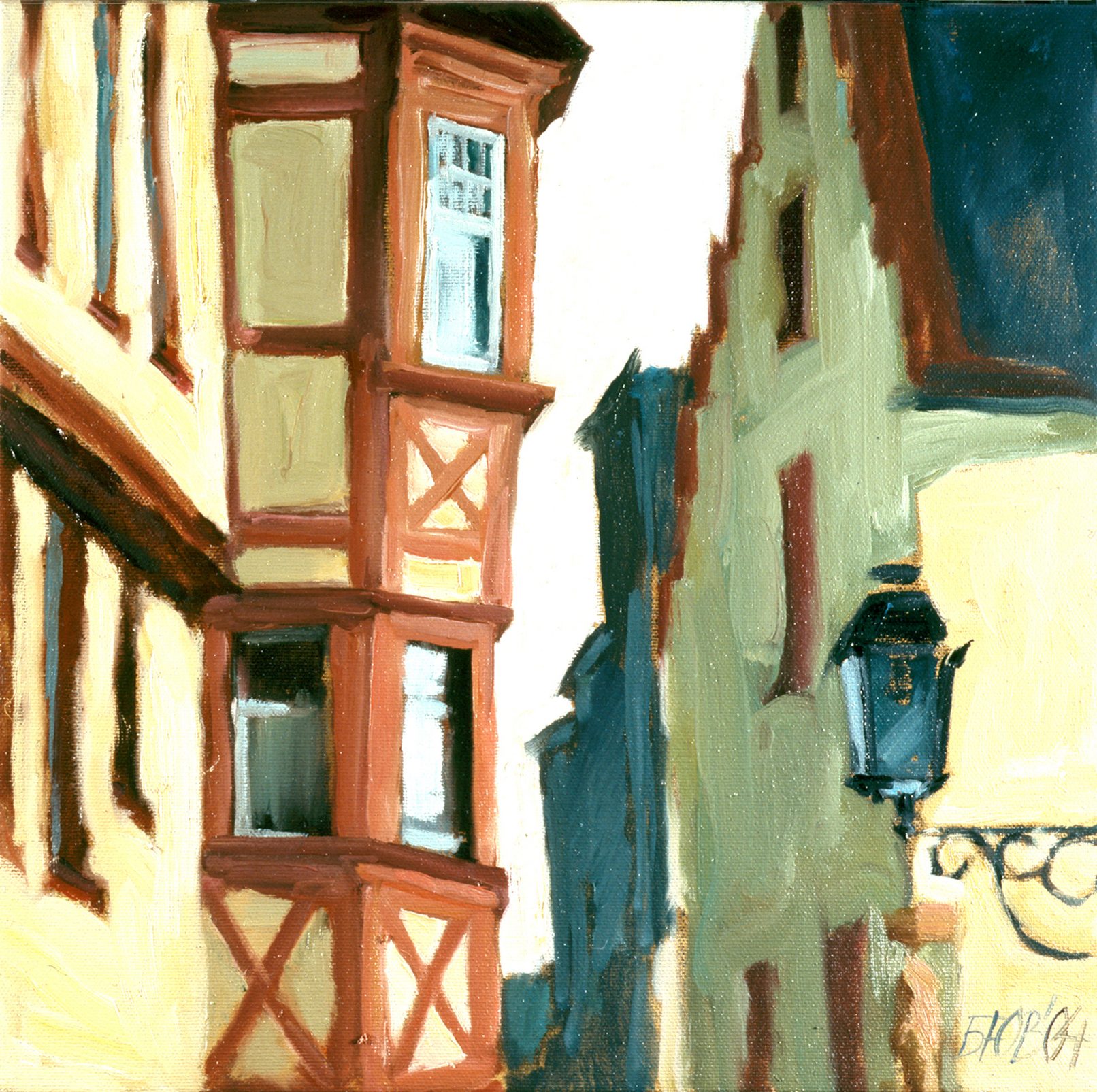 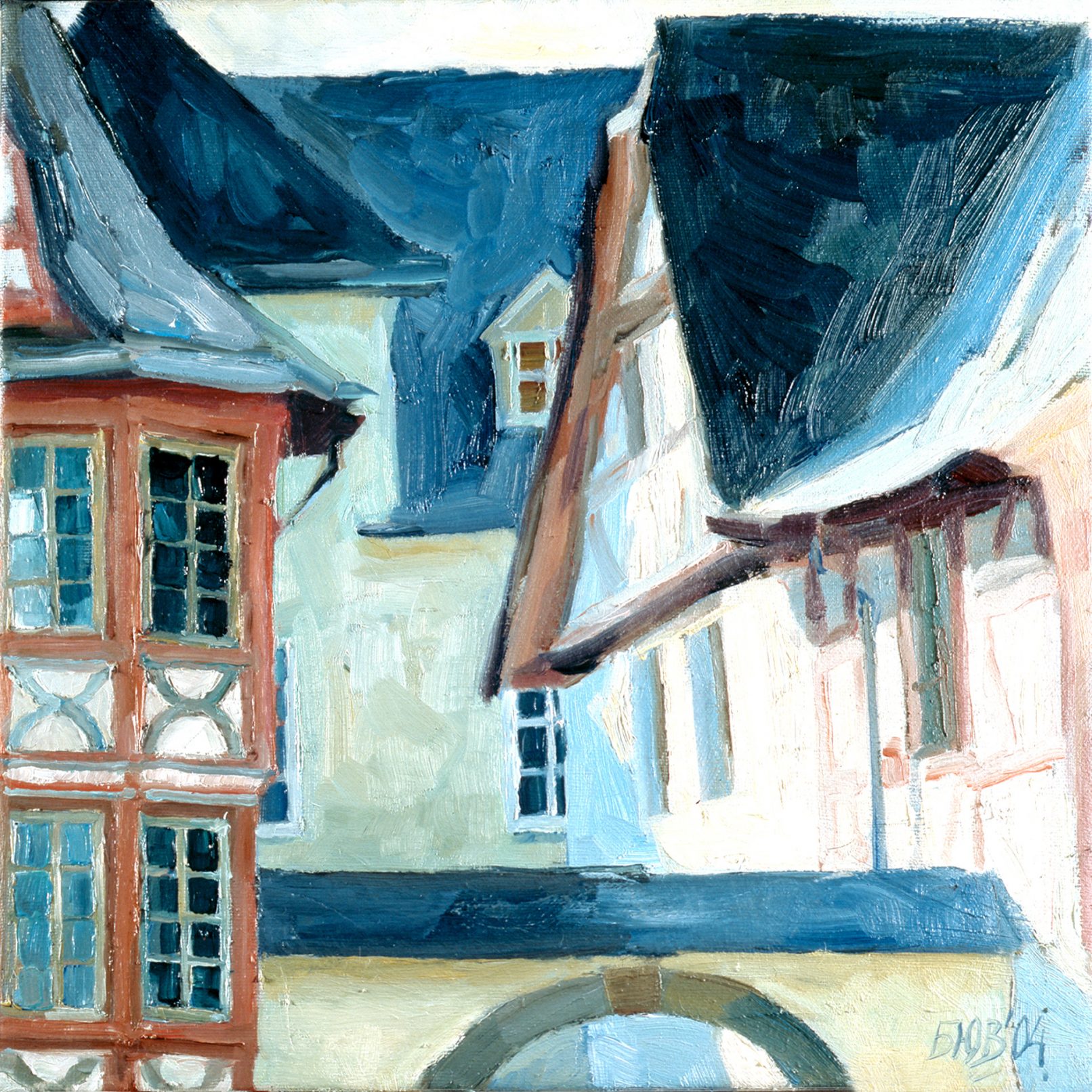 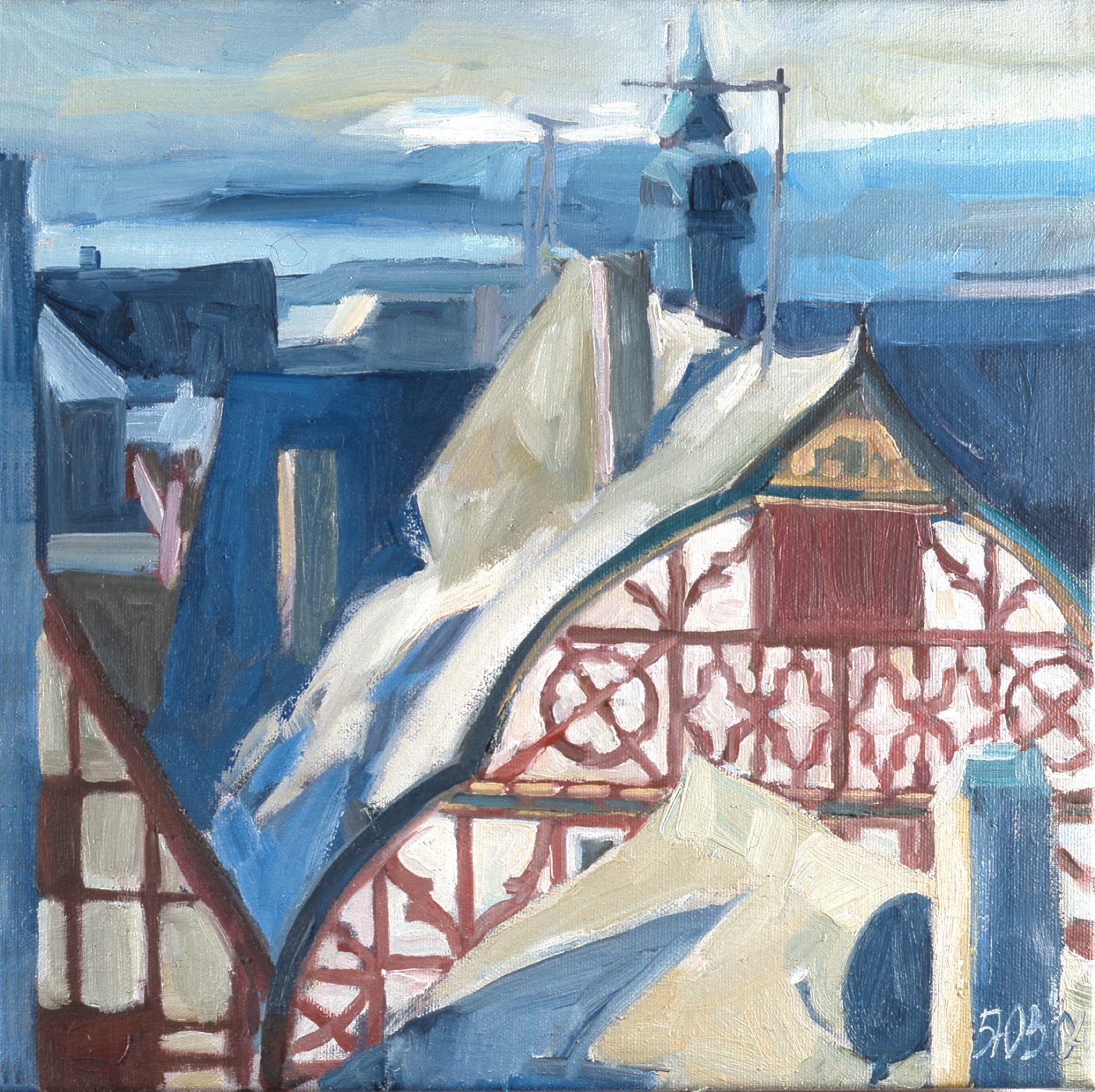 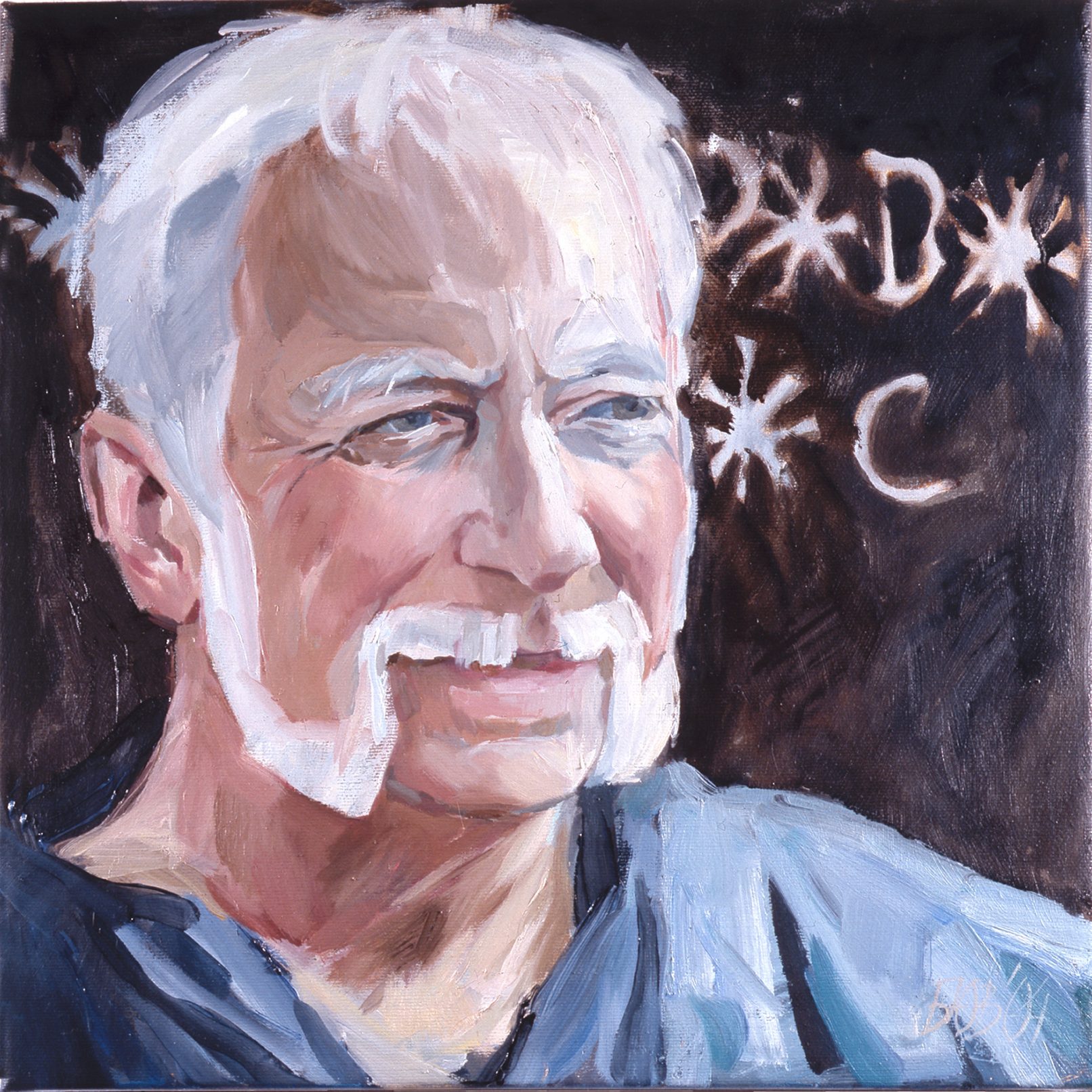 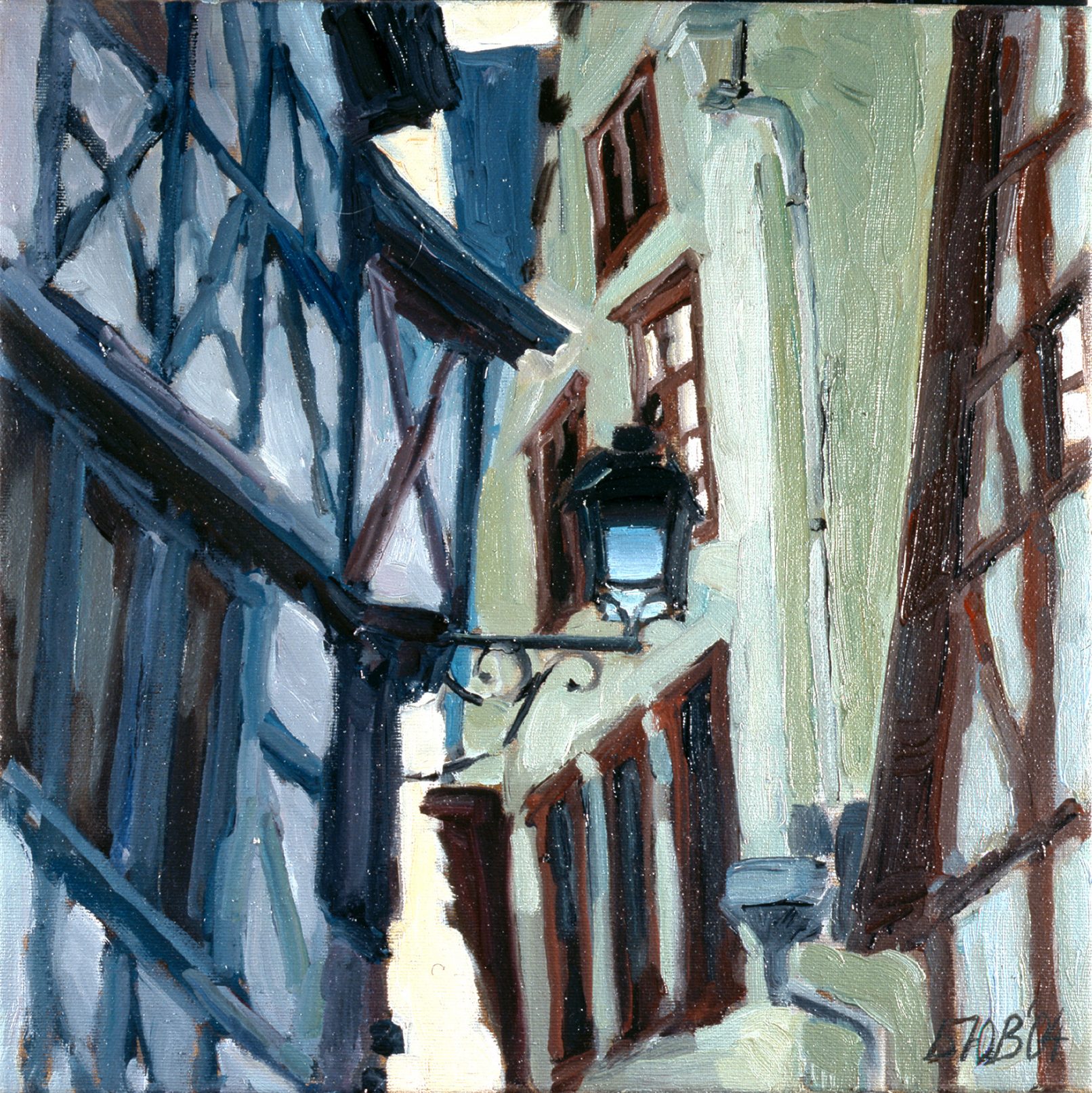 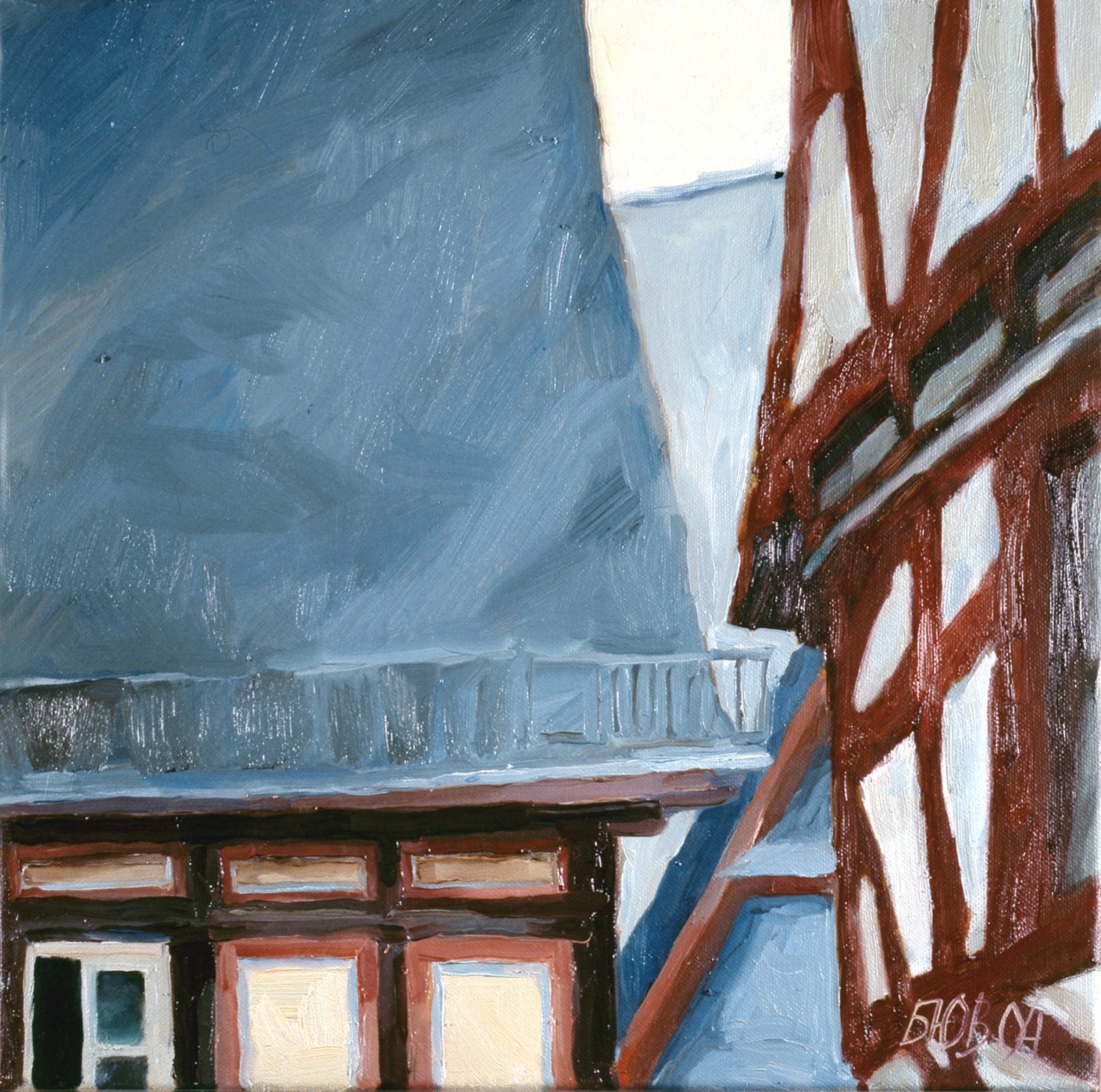 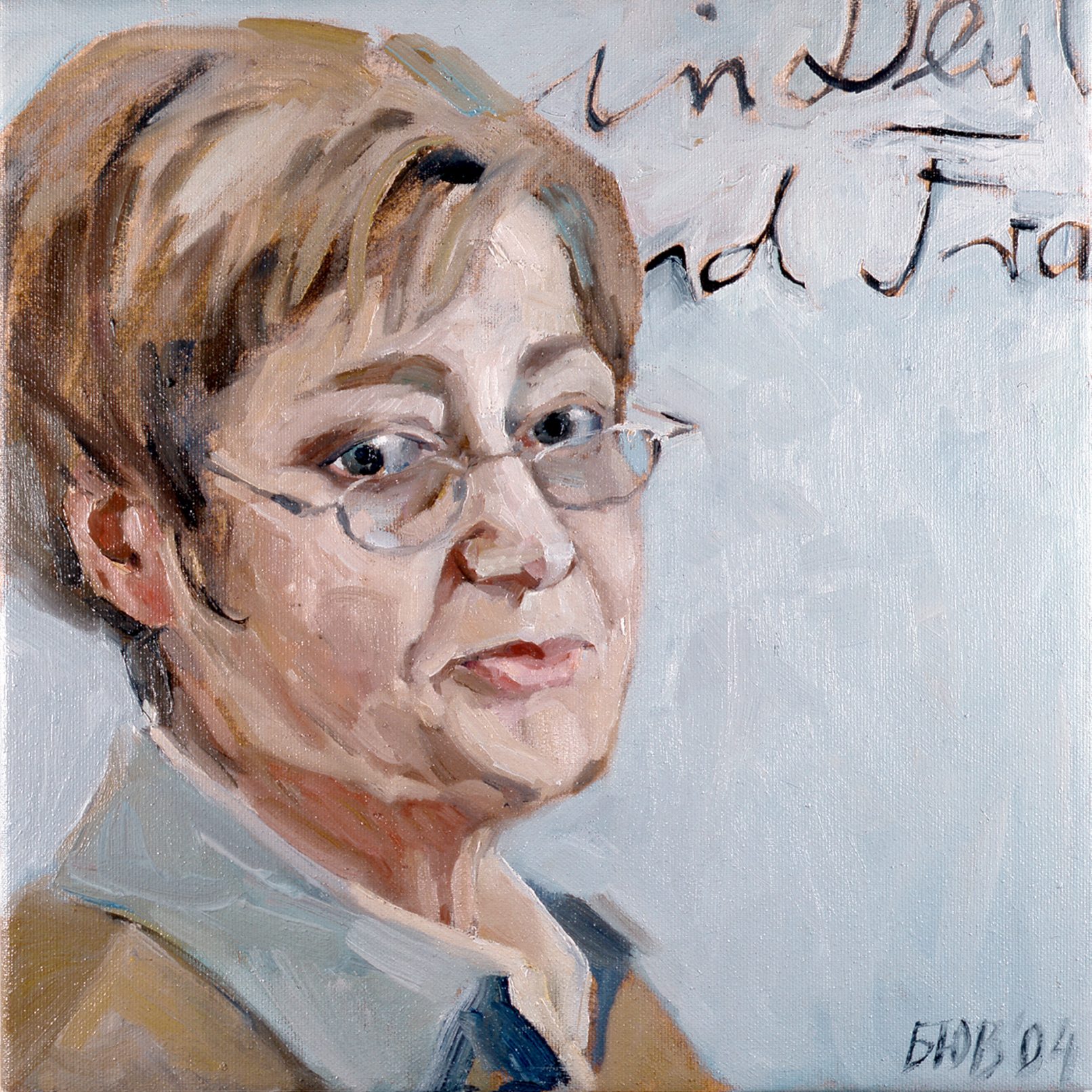 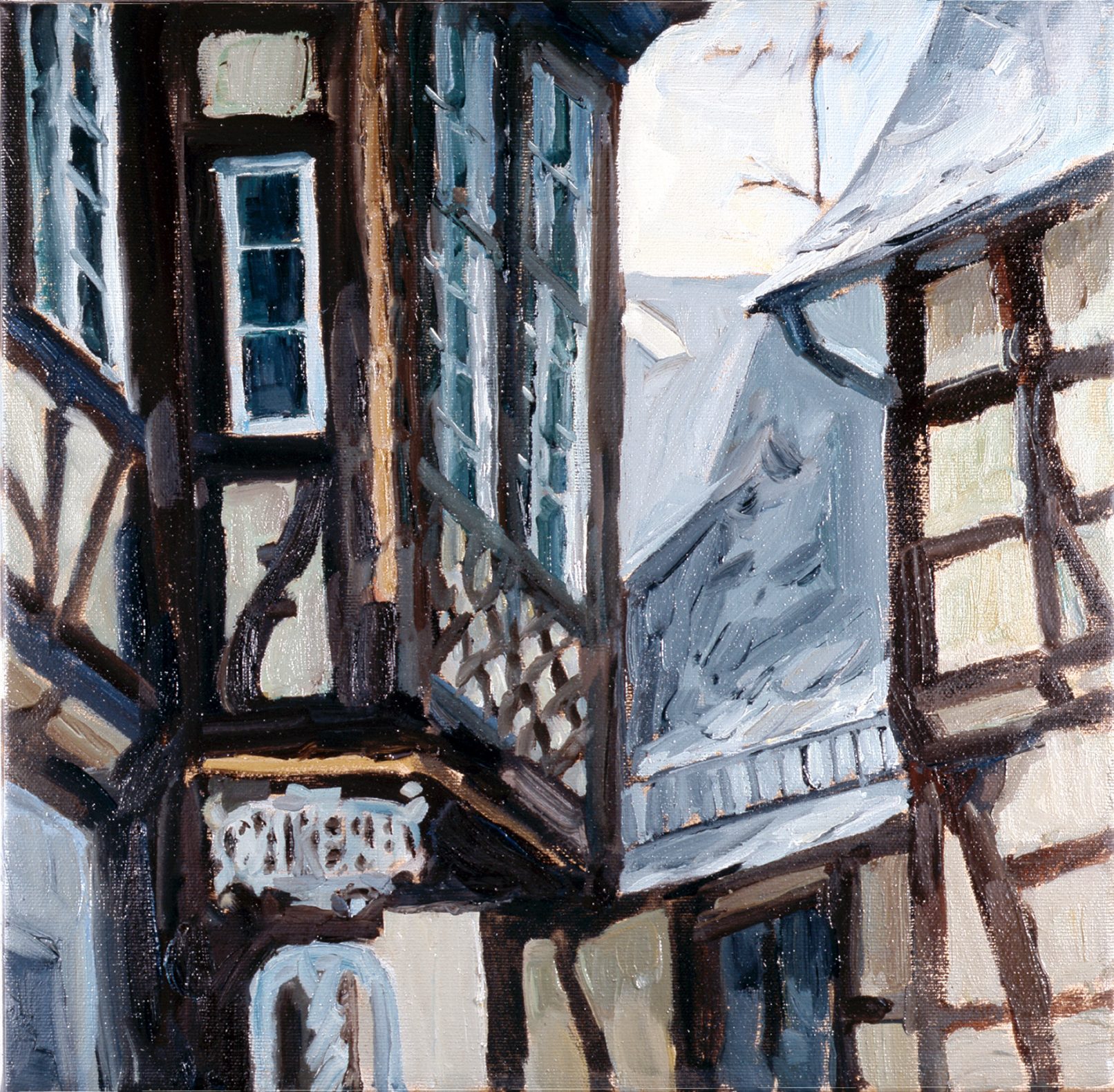 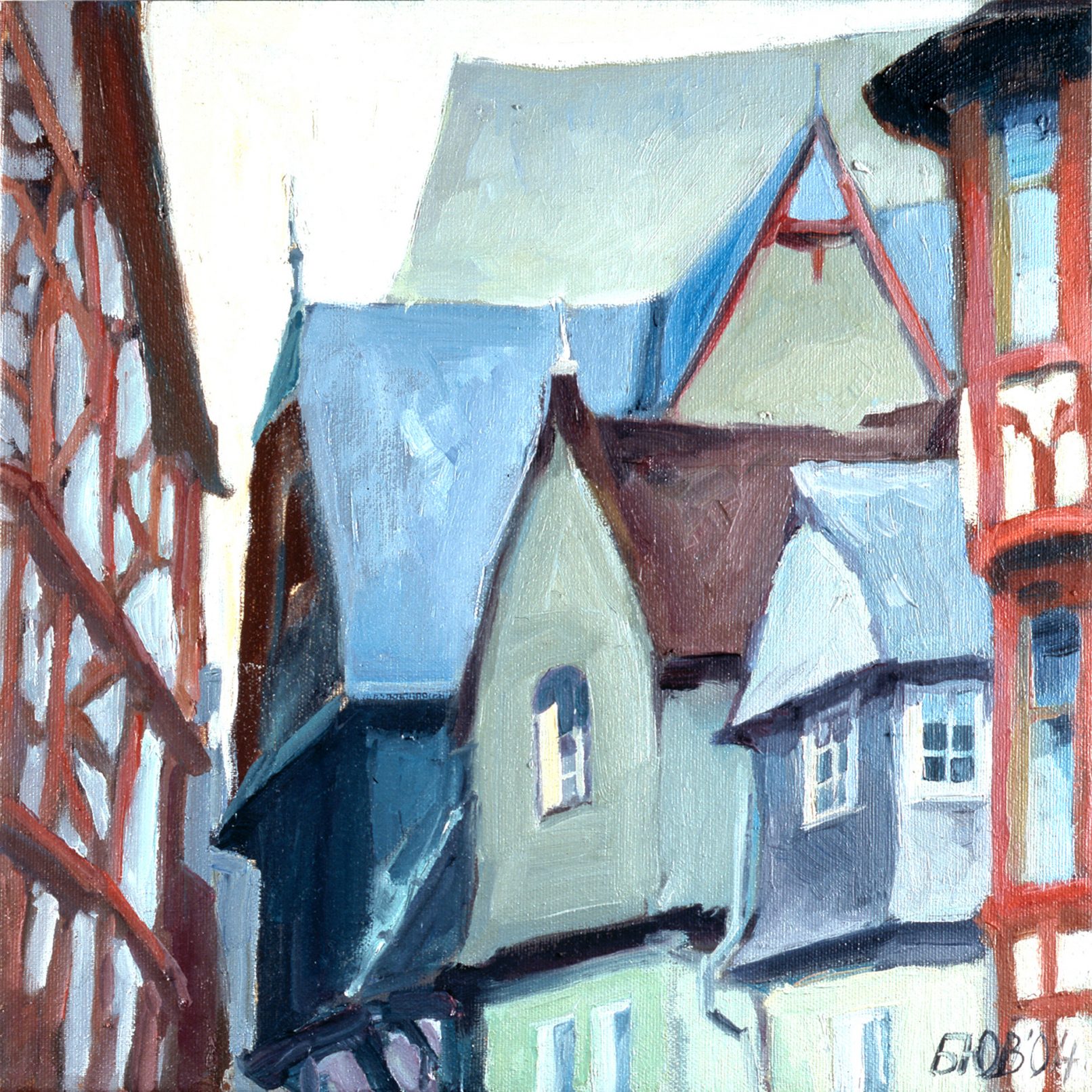 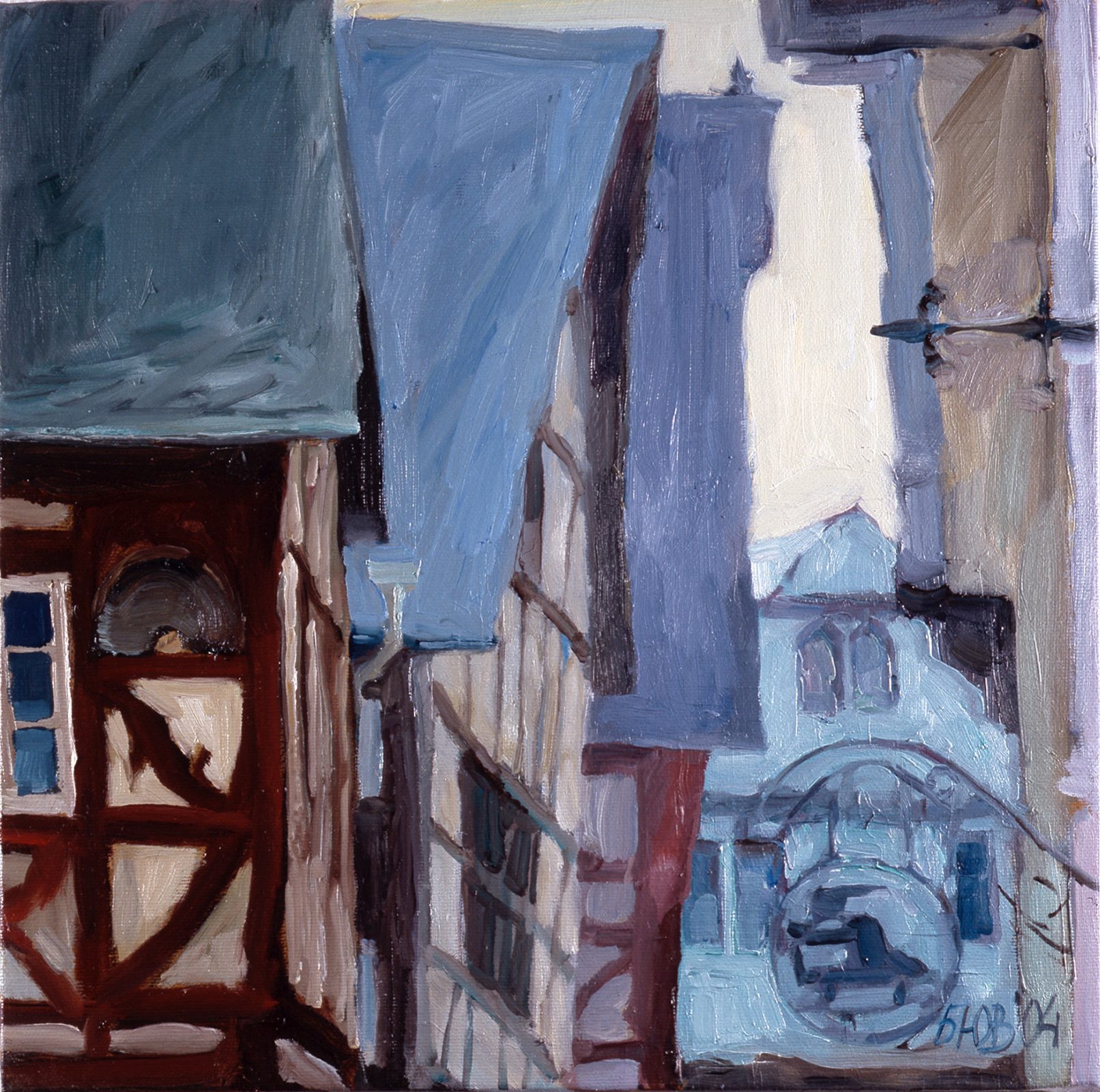 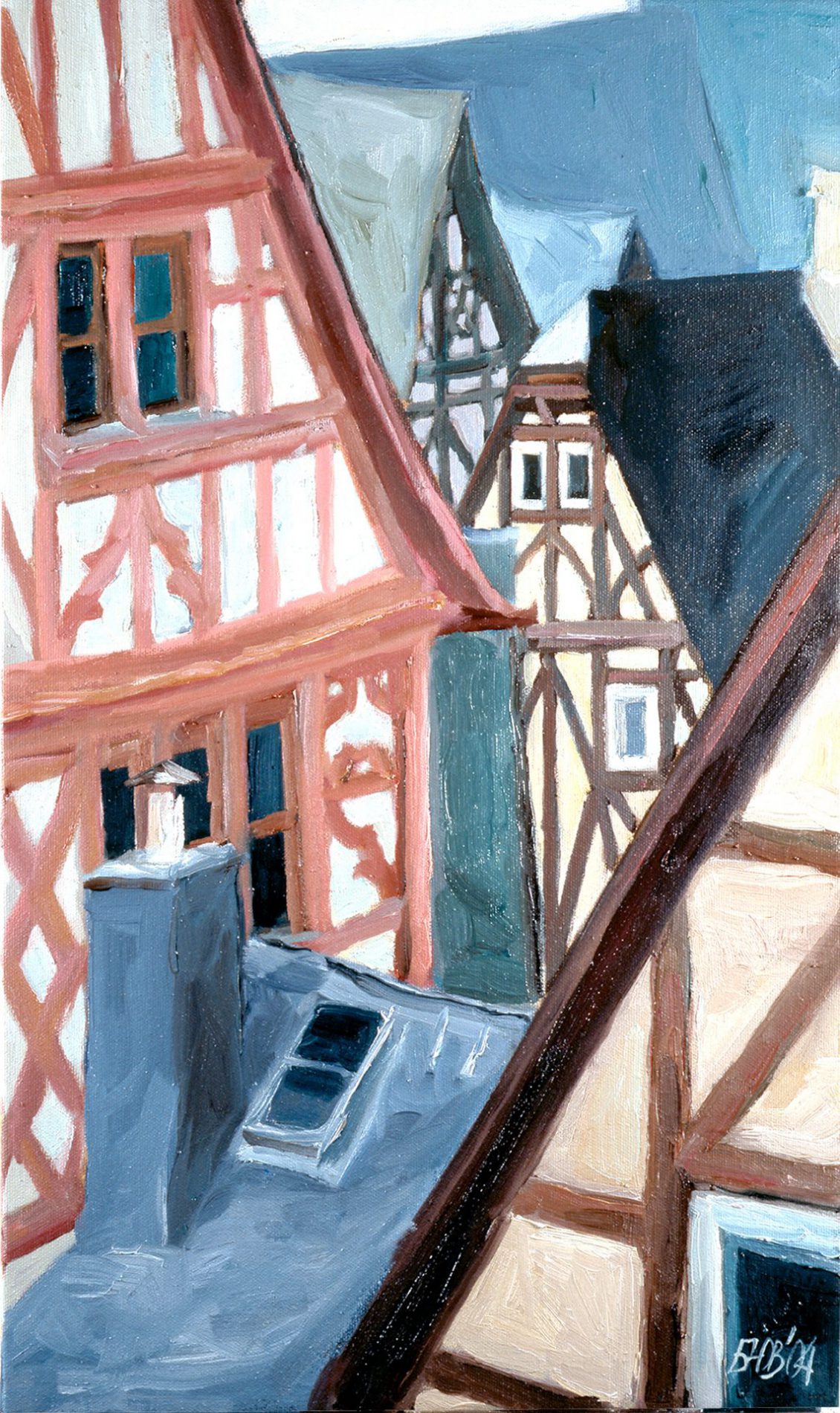 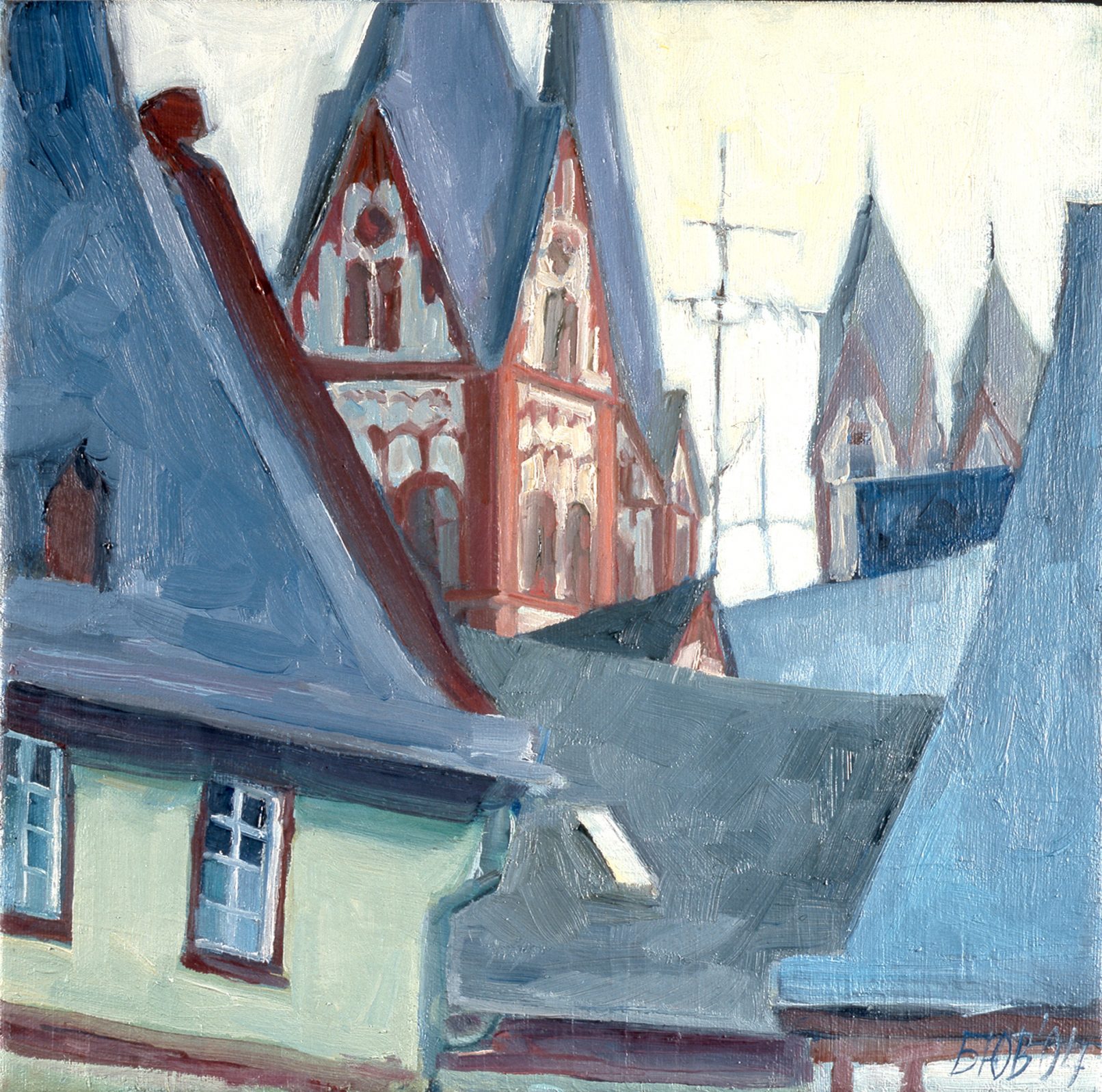 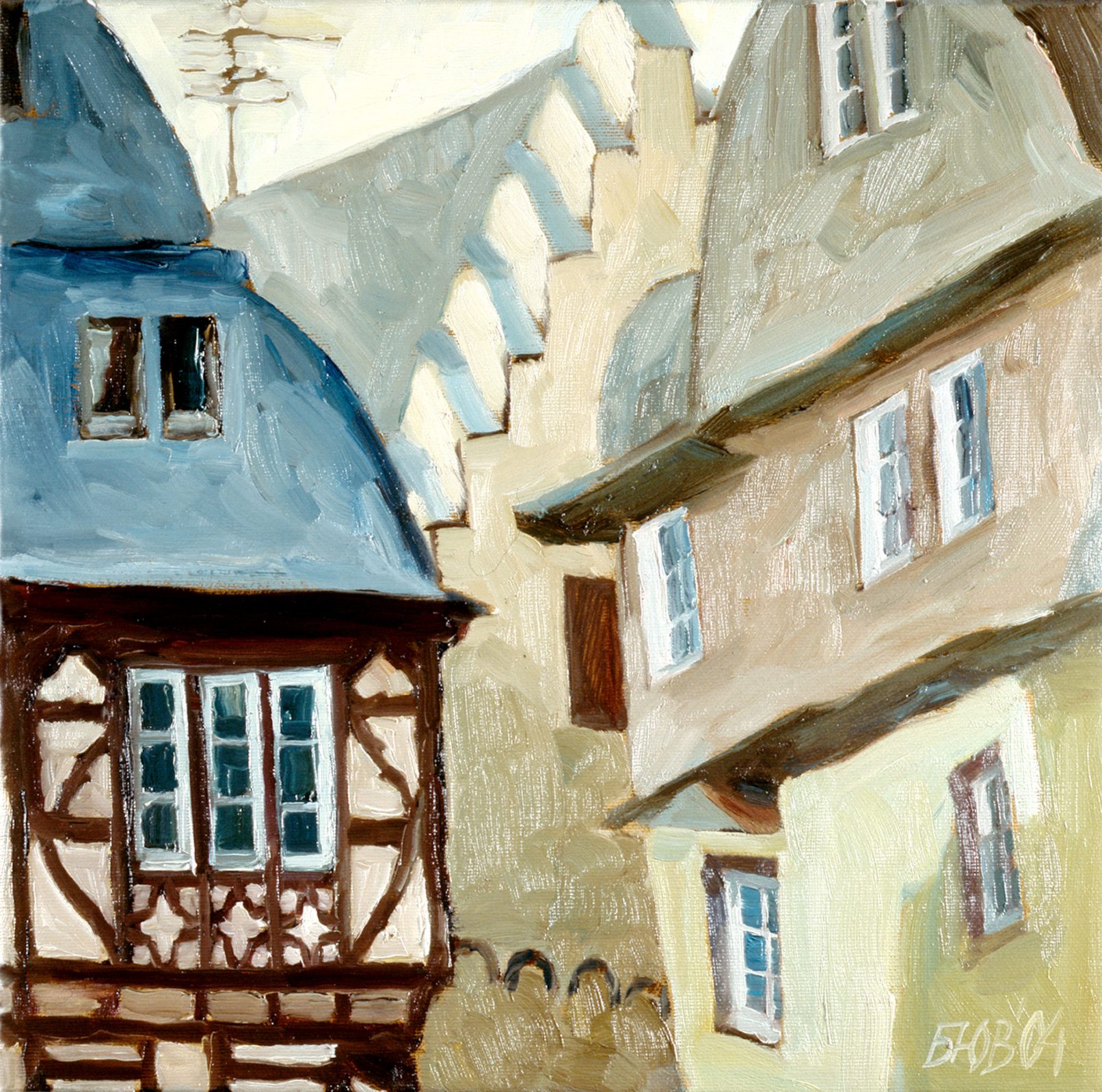